A. Michael Noll is an American engineer, artist, and pioneer in the fields of digital art and 3D animation. His work as a scientist, mathematician and technologist attempted to locate the boundaries of computer imagery as a medium during its early years, and his research and writings were integral to the construction of the field […] 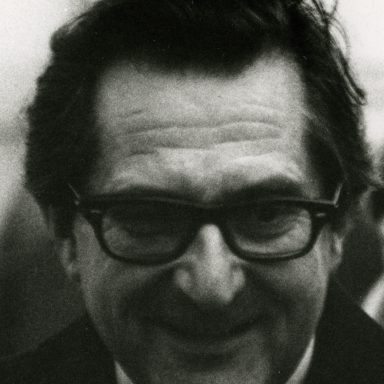 Abraham Moles was an electrical engineer and physicist who worked on analyzing and investigating the links between aesthetics and information theory. His professional legacy includes research on acoustics and music technology, as well as on computational aesthetics. Born in 1920, he studied technology and earth sciences at the University of Grenoble in France, and then […] Adam Smith graduated from RISD in 1985 with his BFA. After moving to Cambridge, MA, he developed one of the first 3D CAD (Computer-Aided Design) applications. He then relocated to San Diego, where he worked for NASA as art director for a booklet, Global Change, later presented to the Reagan administration as the first NASA document acknowledging […] Aldo Giorgini was an Italian artist and a pioneer in computer graphics. Formally trained by Italian futurist painter-sculptor Ambrogio Casati, Giorgini stayed on with his mentor as an apprentice, and assisted in the restoration of classic works by old masters damaged during the Second World War. Simultaneously attending university coursework outside of his work in the […] Alexandre Vitkine (1910-2014), trained as an engineer, was born in Berlin to Russian immigrant parents and spent his childhood in Copenhagen, before moving to Paris in the 1930s. When World War II erupted he joined the Foregien Legion. By the early 1950s, Vitkine had foregone work as an engineer to become a photographer. He was […] 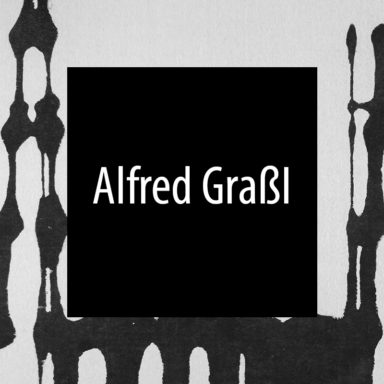 Alfred Graßl is a scientist and technologist mainly known for being a founding member of the Ars Intermedia group. Graßl studied Information Technology at the Technical University of Vienna, and then became assistant professor there in 1966. That year also marked the founding of Ars Intermedia, with Otto Beckmann, an experimental working group with the […] Andre Ribuoli is a printer and founder of Ribuoli Digital, a fine art studio in New York City. Ribuoli has 25 ydars of experience in digital media and printing, including directing Pamplemousse Press for almost 9 years before he started Ribuoli Digital, which specializes in creating artists’ original projects and editions by fostering creativity and […] What do you do, and how long have you been doing it? I am an artist-teacher and I’ve been doing it as long as I remember. 2. What was your first job? I was an assistant to the animation director of a short film when it meant a camera hanging above a table with many […]